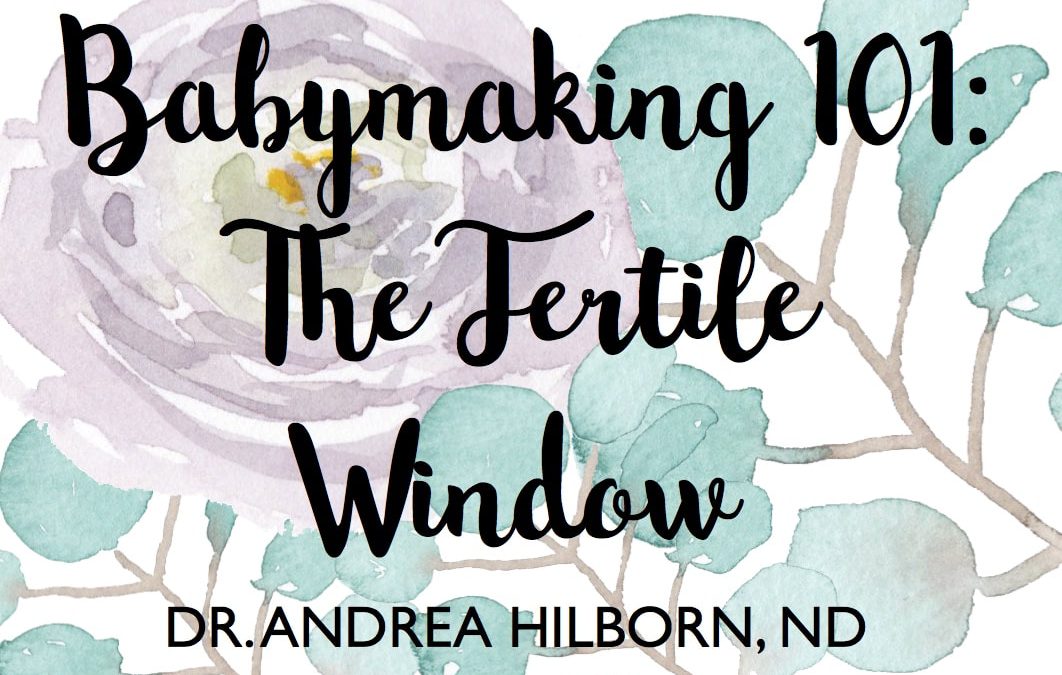 The fertile window is the handful of days during a woman’s menstrual cycle when it is possible to conceive. In order to conceive, sex has to take place within the fertile window. (If this is the first time you are hearing this critical information, you are not alone. Sex ed classes typically teach that sex at any time can lead to pregnancy).

The fertile window exists because egg cells do not last forever after ovulation. Once an egg cell is released from the ovary, that egg cell lasts only about twelve hours. At the most, if your egg cells last exceptionally long and you ovulate two eggs, you are fertile for up to 48 hours.  That is a rare exception.

Fortunately, sperm cells can last for up to five days in a supportive vagina/uterus which greatly extends the opportunities for sex that leads to conception.

There are many ways of detecting the fertile window.

The are other methods of detecting ovulation, but these are the three most reliable ones that can be used at home.

Trying to time sex to correspond to the fertile window is called ‘timed intercourse’ in the scientific literature. A large review of timed intercourse had these findings:

Guidelines for doctors assessing infertility in the US and the UK advise against recommending timed intercourse because it can be stressful. I find this viewpoint to be paternalistic. Some couples might find it stressful but others will feel empowered by having the information and increasing their knowledge of their cycle patterns. Whether or not to do it should be the couple’s decision.

As a naturopathic doctor with a special interest in this area, information from LH levels, basal body temperature charts and pattern of cervical fluid can provide me with useful information that can impact the treatment plan I recommend. In most cases, a little extra stress is a good trade-off for that information.

Dr. Andrea Hilborn is a naturopathic doctor in Kingston, Ontario